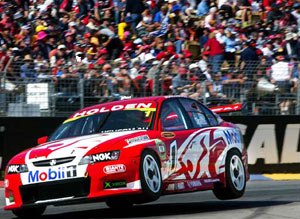 The world is full of many great debates that stir up the collective blood of nations. Australia is no exception. To be considered a true ‘dinky-di’ Aussie (particularly if you are male), it is recommended that you choose one side of the important question: Ford or Holden?

To help one decide on their stance, Australia formed the V8 Supercar Championships. The first race of this yearly championship is the Clipsal 500 held in and around Adelaide’s historic East End.

1985 to 1995 saw the East End of Adelaide transformed into a race circuit annually to host the Australian leg of the Grand Prix. From 1996, a certain Eastern state claimed the Grand Prix for themselves.

So, the big question back in beautiful Adelaide was: What to do with a race track?

The answer was simple and led to an annual Adelaide event that is now an international sporting event: the Clipsal 500.

1999 saw the first race of the Sensational Adelaide 500 (as it was originally named). In 2000, it was renamed the Clipsal 500, when the South Australian company, Clipsal, became the major sponsor. 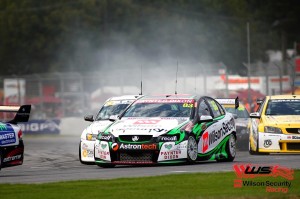 The Clipsal 500 is held annually in the east end of Adelaide over four days in early March, usually coinciding with another great Adeladian tradition, the Adelaide Fringe. In 2013, the event will be held from 28 Feb to 3 March.

The race has always been exclusively for Ford and Holden V8’s, but 2013 will see the inclusion of Nissan,s V8 entry.

On his first visit to the Clipsal 500, legendary motor sports authority and commentator, Murray Walker, described it as the “best touring car event in the world”.

The event is not just for ‘rev heads’. It has become a world famous entertainment attraction; mainly because of its ‘after race’ concerts featuring top line performers. How top line? 2013 will see Motley Crue and (wait for it) KISS performing (on the same bill)!

How popular is the Clipsal 500? 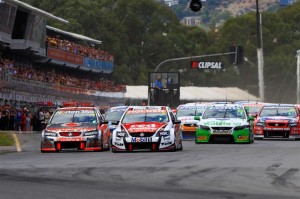 Living in Adelaide is never dull. As this event tends to suggest; it is fast paced, racy, entertaining and fun. So, if you are thinking of moving to Adelaide: GET READY, GET SET, GO!!!

If, indeed, you are considering moving to and/or buying property in Adelaide, a buyers agent will make the experience efficient and effective.