Lately, I’ve been thinking quite a lot about how many mid-range, established houses are selling to developers, who then knock them over, and build 3, 4 or more dwellings on the same land that previously supported just one home.

I read continually and extensively, articles research and data about the many aspects of property, and the real estate business. So this week, in the interest of providing you, especially my clients, with some insight into the above situation, I offer the following…

In a recent speech at the University of NSW, the Head of the Financial Stability Department of the Reserve Bank of Australia remarked:

Land is two things: it is both space and place. … The supply of good locations is more or less fixed … the newly-built property is not the same as the existing stock, because it’s somewhere else. … the rising share of apartments in new construction serves to make existing detached houses relatively scarcer.

What does this mean for property buyers?

Reduced supply of well-located detached houses – the preferred choice for most clients – in the face of strong demand, means generally higher prices, at least short-term. 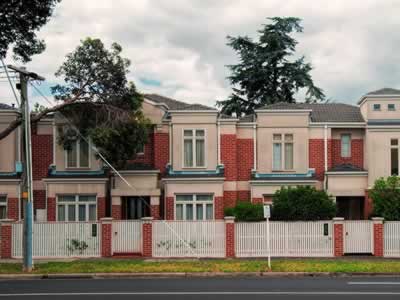 The SA government is implementing a strong densification policy across metropolitan Adelaide, including multi-storey developments along major arterials, smaller minimum land sizes, and more flexible development parameters. These are combining to permit increases in residential density by factors of 3, 4, 6 or more times the current density. They’re telling us this is toward the goal of less car-commuting, less greenhouse gases and coping with the planned and anticipated increases in population over the next 20-30 years.

But the lower-commuting, greener future may be a mirage. Wendell Cox, in an article published in: World Streets: The Politics of Transport in Cities wrote:

There is an assumption that increasing densities will increase transit use. However, as Statistics Canada research indicates, people in high density housing use cars at a rate similar to those in nearby lower density housing, in areas more than 10kms from the CBD.

…higher rail corridor densities in Melbourne have failed to increase mass transit commuting materially, because most jobs are not within walking distance of rail stations.

There is also an assumption that more dense housing is associated with reduced GHG emissions. Much of the research however, excludes common GHG emissions (from lifts, area lighting, space heating and air conditioning) in large multi-unit buildings.

The hoped-for benefits from densification may not occur. Indeed the outcomes may even be negative – see below:

… the only way to avoid this is, in effect for no new residents to use cars … traffic densities rise almost as fast as population densities. … as traffic slows and idles in stop-and-go conditions, fuel efficiency is reduced and GHG emissions increase by as much as 50% over moving arterial traffic. … greater traffic congestion increases local air pollution

Regarding urban growth boundaries, former governor of the Reserve Bank of New Zealand, Donald Brash wrote: “The affordability of housing is overwhelmingly a function of just one thing, the extent to which governments place artificial restrictions on the supply of residential land.”

What does this mean for Adelaide home buyers?

More cars, reduced air quality, longer (in time) commutes and higher house prices… in all capitals. These effects will hopefully be lower in Adelaide than in the other mainland capitals.

If you  live in Adelaide, you’ve seen many instances of older houses bulldozed, and replaced by two or more smaller one or two storey homes. You may also have noticed that many of these new houses are built entirely without bricks; instead Hebel blocks (aerated concrete) or blue-board is the preferred method – quicker and cheaper than old-fashioned, labour-intensive bricks.

You may or may not also know that many (not all) of these houses are purpose-built for investors all over Australia. They are marketed through seminars and property-investment companies, who offer a “one-stop-shop” approach, making it easy for first-time property investors to get a rental property. So those 2 or 3 new houses you drive past on your way home may be owned by investors in NSW, WA, even New Zealand, or perhaps by someone in SA… you have new neighbours, and more of them!

One report I read this week assessed the value of these new development approvals at around $250 million and counting.

If you live in a detached house on its own land, then your house is no doubt worth more than before, as you find yourself one of a dwindling number of home-owners having such a property.

What does this mean for my clients?

Home-owner/tenant ratios are changing in many areas. Possibly more contact from agents wanting to list your property.

An October 2015 Australian Population Research Institute Report, looks at the demographics underlying the housing ‘affordability crisis’. It deals mostly with Melbourne and Sydney, where the situation is most severe, but Adelaide is experiencing a muted version of the same pressures…

The study shows a pattern of transition from living in flats and apartments into detached houses when younger persons form families and start having children. … once people move into separate houses, the majority stay in these houses, even after their children have left the home. …. there is a finite supply of separate houses in high amenity suburbs within 10 kms of city centres … the number of older households occupying existing dwellings will increase significantly over the decade to 2022. As a consequence, the scarcity of detached housing in these suburbs will intensify.

What does this mean for property owners?

Your house may be worth more than before, but so will any other house you may want to move to.

My summary of the current situation in SA:

A direct result of these factors is a noticeable increases in sale prices for mid-range house-and-land properties.

As is often the case, the impact on property prices appears to be least in Adelaide among mainland capitals, at the present time.

While making no prediction or recommendation (I’m a real estate agent, not a prophet or an investment adviser!), I think investors looking for optimum outcomes should target detached houses on larger blocks of land, and plan to hold them long-term. Increasing scarcity of such property in the future, coupled with increasing demand will most likely produce strong capital gains.

Homebuyers looking in the same areas should expect prices to increase more than prices in suburbs further away from the CBD.

This week’s Quote is from an investment advisor and respected friend:

Our job is not to tell you what the market will do;
it is to remind you that no-one else knows either.

Please don’t hesitate to get in touch about any of this rather long post.

I take seriously, the role of supporting and encouraging wise decision-making in your property activities. 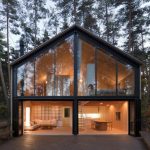 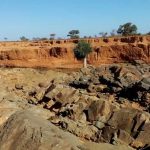 A Big New Mine in SA?Economics & Finance, Off the Beaten Track