The deposit’s been known since 1900, when Sir Douglas Mawson, then a lecturer at the University of Adelaide, discovered it. It’s a massive deposit, estimated capable of producing 100 million tonnes of high grade ore annually, for a quarter of a century or more. The developers plan to use innovative and environmentally friendly methods of mining to reduce emissions and costs of producing the ore. It will also be transported in slurry form to a floating port in Spencer Gulf via pipeline.

This $4.8 billion project will create 460 jobs, for people who will live in the already existing towns surrounding the deposit. They plan to utilise the existing towns for their employees to live in rather than setting up mining towns or using fly in-fly out.

Economic benefit to South Australia will be significant, and spin-off effects will occur in the property sector in Adelaide, as well as in the state’s mid-north.

If the mine has an estimated 25-year-plus production life – and if it goes ahead – it’ll make sense for some, to buy property in the towns in the region. As always with mining, there’s a high sensitivity to and reliance on world resource prices remaining high enough for the mine to stay viable.

But, there’s many a slip ‘twixt the cup and the lip. There are still some hurdles to be crossed, at environmental and government levels, before the project can proceed. If it does go ahead though, the economic benefits to South Australia will be very positive, and will doubtless extend to Adelaide.

Mining of course, has a chequered history. World commodity prices, shifting currency exchange rates, intermittent production, and more accessible or cheaper deposits in other parts of the world all impact Australia’s industry. So whenever we help clients to buy in areas where mining is a mainstay of the local economy, we recommend investors build in a 3 to 5 year horizon to carefully review their position. Trying to sell after the mine announces a cutback or even a closure can be difficult, as housing demand collapses, severely impacting the investor’s plans. 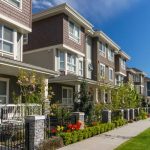