In January of each year for the past 10 years, Demographia has published the Annual Housing Affordability Survey, covering 360 markets in nine countries, including Australia (where there’s NO affordable housing). To whet your appetite for the imminent 2015 edition, here’s the first few lines from Alain Bertaud’s introduction to last year’s survey. Alain is Senior Research Scholar, Stern School of Business, New York University & Former Principal Planner – The World Bank. He can be reached at: http://alainbertaud.com/

Are planners in the worst performing cities paying any attention? And are they drawing any conclusions on how to improve the situation? Or do local governments conclude that the best way to increase the supply of affordable housing is to impose new regulations that will mandate developers to build housing units at prices, standards, and in locations selected by the government? The last approach, under the name of inclusionary zoning is unfortunately the most common response, as recently seen, for instance, in New York and Mexico City.

Urban planners have been inventing all sorts of abstractly worded objectives to justify their plans for our future cities – smart growth, livability, sustainability, are among the most recent fads.

There is nothing wrong, of course, for a city to try to be smart, liveable, or sustainable.

But for some reasons these vague, benign-sounding objectives usually become a proxy for imposing planning regulations that severely limit the supply of buildable land and the number of housing units built, resulting in ever higher housing prices. In the name of smart growth or sustainability, planners decide that densities should be lower in some places and higher in others. Population densities are not a design parameter whose value depends on the whim of planners but are consumption indicators which are set by markets.

Even the Communist Party of China recently declared that resource allocation is best achieved through markets; why can’t urban planners in so-called market economies reach the same conclusions and let markets decide how much land and floor space households and firms will consume in different locations? 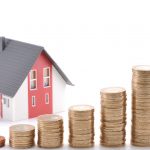 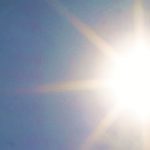 Energy-efficient rentals to be mandatedEconomics & Finance