Friends suggested to this client, that in her move from the Hills to the plains of Adelaide, she should engage RealTeam’s Buyer Agency services.

I visited her at her then current home, to explain RealTeam’s services, and to explore what she wanted in her next home. The search began, and over the next several weeks, we inspected numerous homes, none of which quite ‘fitted.’

Then, after about 6 weeks of house-hunting, and on my way to another property, I spotted open inspection signs to a home that had just come to market. After inspecting the home, I spoke with the agent, and called the Client. She dashed over to the house to inspect it before the end of the Open.

I prepared an offer for the agent, who responded that the house would be open again during the following week.

After the mid-week Open, the agent presented our offer, along with several other, to the vendor. They chose our offer, even though it wasn’t the highest price, partly because the vendor knew a buyers agent was involved & they anticipated fewer delays or problems with our offer.

The client has since transformed the home into a very comfortable and spacious place to live.

After the experience, here’s what the client wrote:

Michael Whitrow was recommended to me by personal friends who had used his services to relocate from Melbourne to a property in the Adelaide Hills.

I valued Michael’s guidance and skills as I sought to buy a property in the Adelaide metropolitan area. Before commencing the search, Michael ensured I was very clear about my wants, likes and dislikes in my next home.

Michael’s work and contacts led him to THE HOUSE, offered for quick sale (four days on the market and offers in by 10am on the fifth day). The speed of this process would not normally suit my personality. My emotions were quite chaotic. Michael provided an objective estimate of the value of the house. Working with Michael reassured me that my offer was fair. He presented the offer on my behalf and it was successful.

Having a buyer’s agent by my side reduced the stress of the house searching and buying process. 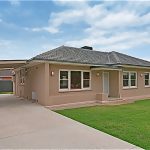 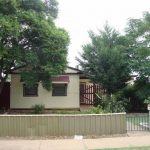