This is RealTeam’s tenth year in business. The Tenth Anniversary will be on 1st July! We are so very grateful to the many agents we’ve dealt with over the years, to suppliers and service-providers, and to various advisors and experts we’ve been able to rely on through the decade since 1st July, 2003.
But most of all, we offer grateful thanks to the many clients who have make this business more than just a ‘good idea,’ indeed for helping to transform what started as just a specialized real estate agency, to arguably South Australia’s leading client-focussed property consultancy.

Now, we’re looking forward to the years ahead, and to serving more clients, helping them harness property to move toward the freedom to live their lives as they’re meant to be lived.

As well as looking forward to what the future holds, anniversaries tend to make us look back over past adventures too. One of our ‘adventures’ was developing the branding for RealTeam…

We had managed with just using the name “RealTeam” in a particular script on stationery, For Sale and open inspection signs (in those early days, we also sold properties).

In mid 2004, I knew we’d have to develop a recongisable brand, and spoke with Brenton Murray, a former associate and founder and head of Brenton Murray Design (online at: BMD http://bmdbrands.com.au ), a graphic design and branding firm based in Adelaide. Brenton was already engaged in branding with a much larger real estate agent client, and so declined to work for two clients in the same industry at the same time.

In December 2004, we were contacted by Ben Murray, Brenton’s son, who was then finishing up tertiary studies in Graphic design. Ben spent many weeks, stretching into months, in discussions and meetings with a wide variety of possible solutions (I’m sure I was probably a difficult client!), to develop the RealTeam logo.

Since the logo was developed and launched into service, we’ve had good feedback, from people, some of whom have since become clients.

Ben is now Design Director at BMD online at: http://bmdbrands.com.au  He’s one of the many suppliers and service providers we’re grateful to for their contribution to the RealTeam story. Thanks Ben for your thoughtful ideas, and skillful execution! We like the design so much that we’ve registered it as a trade-mark.

Over the years since the brand was launched, the feedback we’ve had from others has been very positive, and has helped us to crystallize some interpretation of the design. Here are some of their ideas:

The three buildings, each one larger than the one to its left (since we read from left to right), portray the progression of investment property growth over time.  Three buildings (rather than any other number) express the balance and completeness of a wise property investment plan.

The colours:
Green at the bottom represents the fertile, productive land beneath every property – including investment property;

Blue at the top represents the clear, limitless heavens, reminding us of the freedom toward which our clients and we aspire as we involve ourselves with property.

The white ‘swipe’ through the buildings represents a graph-line tracing the increase in the owner’s experience and understanding, as well as the value of their equity over the period of ownership, and also any anticipated rise in value of the property.  White also denotes clear ownership, free of any financial obligation to a lender.

Some have even suggested the white arc of the ‘swipe’ looks like a sweeping curve of white, sandy beach with the blue ocean beyond, stretching away to the horizon, and symbolizing the Enjoyment of a Life of Freedom, resulting in part from wise investment of time and resources.

Those are some of the ideas others have expressed to us. We’d like to hear what you think! If you’d like to offer some input, contact us! 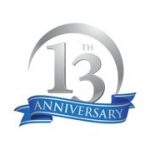