Perseverance paid off when we finally found the ‘right’ property deal

I was approached by a local client seeking to begin developing property in Adelaide. Their budget was very limited, and knowing some of the pitfalls of development, they were ultra-cautious in selecting a property.

We considered a large number of properties, selected from among several hundred ‘possibles’ I was able to source for them. For various reasons, they declined all of them.

After almost twelve months, I eventually found an older house on a corner allotment but not ‘for sale,’ in a median-priced suburb. It was rented, and the tenant didn’t know the owner’s name or address. And because the property had not changed hands in many years, finding the owner proved difficult.

After several weeks of amateur detective work however, I tracked him down, and approached him about buying the property.

Initially, he said he was saving up to subdivide it himself, so I proposed a possible joint-venture to him. We worked on several different structures and approaches, but eventually, he said he’d decided not to sell at the price my clients were willing to pay.

We continued to search for another property for several months…

Then I received a phone call from the property owner to say he’d changed his mind and now wanted to sell.

He was a tough negotiator, but we put together a deal that was a good one for all concerned.

Twenty-six months after I beg an working for these clients, we settled on the property, which has since been subdivided, the backyard sold off as a house-land package and the original house refinished to make it a profitable rental. 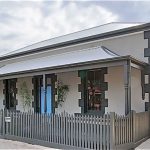 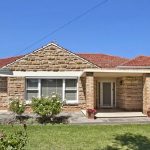