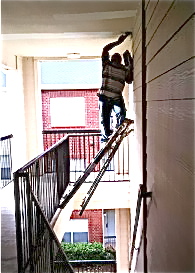 Since we recently posted some property maintenance comments, I thought it might be good to also remind you of some of the DIY injury stats…

Most men injured or killed after falling from a ladder were at or nearing retirement age and were doing maintenance around the home.

A 2001 retrospective study undertaken on patients at the Austin and Repatriation Medical Centre in Victoria with ladder-related injuries found 43% of ladder accidents were caused by ladder instability.

The study said users can avoid the risk of falling from a ladder by: 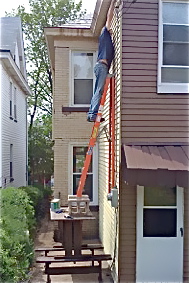 The study suggested the increase may be related to:

Before starting a DIY job, be sure to have appropriate safety gear. Getting injured for lack of say, gloves or safety glasses, could result in a hospital stay, and perhaps long recovery period away from work or your business. Much more costly than the few dollars for the equipment…

Use, handle and store materials and tools properly.

Monash University’s Injury Research Institute says that “every year 15 Victorians are killed and at least 2000 are seriously injured” through DIY.

So, DIY can create risks that should be taken seriously. Think before you start, not only about potential injury, but also about possible loss of income, mobility and even some faculties. Maintaining your property is important, but your health takes priority.