By Michael
Posted August 23, 2014
In Adelaide Lifestyle, Moving to Adelaide
Adelaide One of World’s Most Liveable Cities2014-08-232017-09-04https://realteam.com.au/wp-content/uploads/2015/07/realteam_buyers_agents_logo_header.jpgRealTeam Buyers Agentshttps://realteam.com.au/wp-content/uploads/2014/08/Adelaide-by-night-river-torrens-lg.jpg200px200px
0

The Economist Intelligence Unit for 2014 reports that Adelaide is among the Top Five most liveable cities in the world.

We who live here already knew that of course!

But when a British-based organization with world-wide reach does a detailed analysis of over 30 separate factors from overall ‘Stability’ (crime & terror threats), Healthcare, Culture & Environment, Education and Infrastructure, and ranks Adelaide fifth out of 140 cities worldwide, we at RealTeam want to tell everyone!

Adelaide beat both Sydney (7th) and Perth (9th) in overall ranking in the survey, and trailed Melbourne by less than one percentage point. 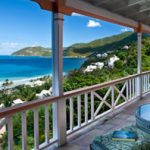 The search for the perfect houseBenefits of a Buyer Agent, Buying Property, Interstate Buyers, Moving to Adelaide